On 20 May 2017 the main sports event of the legal community of Kazan – Charity Kazan Legal Run 2017 took place. The route followed along the main new sight of the thousand-year-old city – the Kremlin Embankment, very close to the white stone Kazan Kremlin, the part of the UNESCO World Heritage List. The high diving and open water swimming events of the 16th FINA World Championships were held here in 2015, and today this beautiful area is favorite place of Kazan runners, cyclists and other active lifestyle's followers.

The results of all the participants are available in the following score-sheets:

In addition to the winning places among women and men for the 5 km and 3 km Runs the jury determined "The Largest Corporate Team of Kazan Legal Run 2017" – the PWC team took the prize! 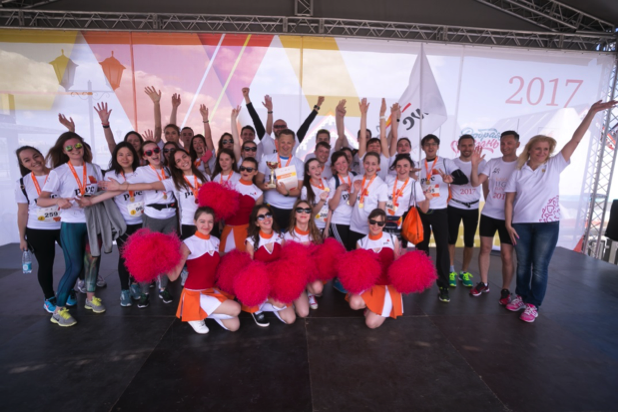 The Race is arranged by the professional team consisting of lawyers, representatives of the Kazan Mayor’s Office, leaders of the city runners’ community, kind volunteers and simply passionate representatives of several Russian Law firms, all those who are fond of sports and «smart charity». The race will be held in accordance with the sports minutes in compliance with all the rules and standards of conduct fo the sport events: emergency ambulances, beverage points, references, professional judicial team, etc.

We thank for the assistance

The Organizing Committee of the International Charitable Run of Lawyers Kazan Legal Run 2017 expresses its deep and sincere gratitude to everyone involved in the project:

Invaluable support and assistance in the organization and holding of the Run were provided by:

Vladimir Aleksandrovich Leonov, Youth and Sports Minister of the Republic of Tatarstan;

the Mayor's Office of Kazan and personally Ivan Vladimirovich Kuznetsov, Deputy Head of the Executive Committee of the city of Kazan;

Kremlyovskaya Embankment which provided the opportunity to hold the charitable run in the most picturesque location of Kazan;

“Kind Kazan”, a service of good deeds for the inhabitants of Kazan from the Mayor’s Office of Kazan which gave coverage to the project.

The College of Lawyers of the Republic of Tatarstan “SERGIS”; the “StroiKapital” law firm; “PWC (PricewaterhouseCoopers) – Audit and Consulting Services” – for their financial and organizational support for Kazan Legal Run 2017.

the “Gran” construction company; the “Saulyk” national network of drug stores; the “Megaruss-D” insurance company – for their financial support.

The Run organization and holding support was provided by the “I Love Running” school of correct running, the “Legenda” national tourist operator, and the “Planeta Fitness” network of sports and fitness clubs,

The VOLUNTEERS from the Specialized Children and Youth Sports School of the Olympic Reserve for Light Athletics of the city of Kazan.

We are really proud that together with you we have done everything for the Kazan Legal Run 2017 to happen and bring so much good!